Past School Show : My Ah Gong

Contact Us
For more information, kindly email us at admin@papermonkey.com.sg.

Suitable for children aged 9 and above

My Ah Gong was a shrivelled old man. He was my father’s father. When I visited him, he would sit in his usual chair and not do much. He spoke very little and I knew very little about him.

One day, I chanced upon a box, filled with many old but interesting stuff. They belonged to Ah Gong when he was much younger. As I took out each item, stories about Ah Gong was unravelled. Stories of the young Ah Gong fighting for his belief during the war, stories of young Ah Gong working hard to bring food to the table, stories of people whose lives were touched by Ah Gong, stories that grew my new found respect for Ah Gong. 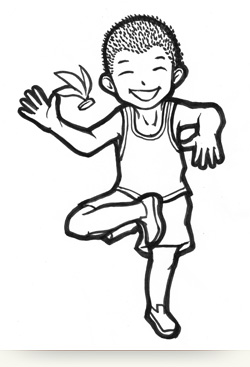 Monster Under My Bed