In Collaboration with Esplanade – Theatres on the Bay
as part of 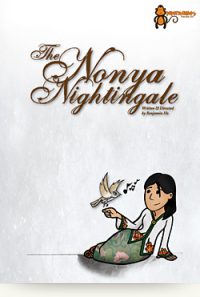 Towkay Neo, a rich Peranakan matriarch, decides to divide her riches among her three daughters, and offers the largest share to the one who loves her best.

Upon knowing that Towkay Neo is charmed by the beautiful singing of the nightingale that lives in the garden, the eldest daughter captured the songbird while the second daughter made a mechanical songbird to please their mother in order to gain her favour, but not the youngest daughter. Angry that the youngest daughter does not appear to love her as her two elder sisters do, Towkay Neo flies into rage and disowns the third sister.

However, the matriarch’s blissful life was short-lived as her nightingale stopped singing and her two disrespectful elder daughters kicked her out of their households.

What will Towkay Neo do now? Will the youngest daughter gain understanding from Towkay Neo and be reunited with her mother? Will the matriarch live to hear her nightingale sing once more?

Monster Under My Bed